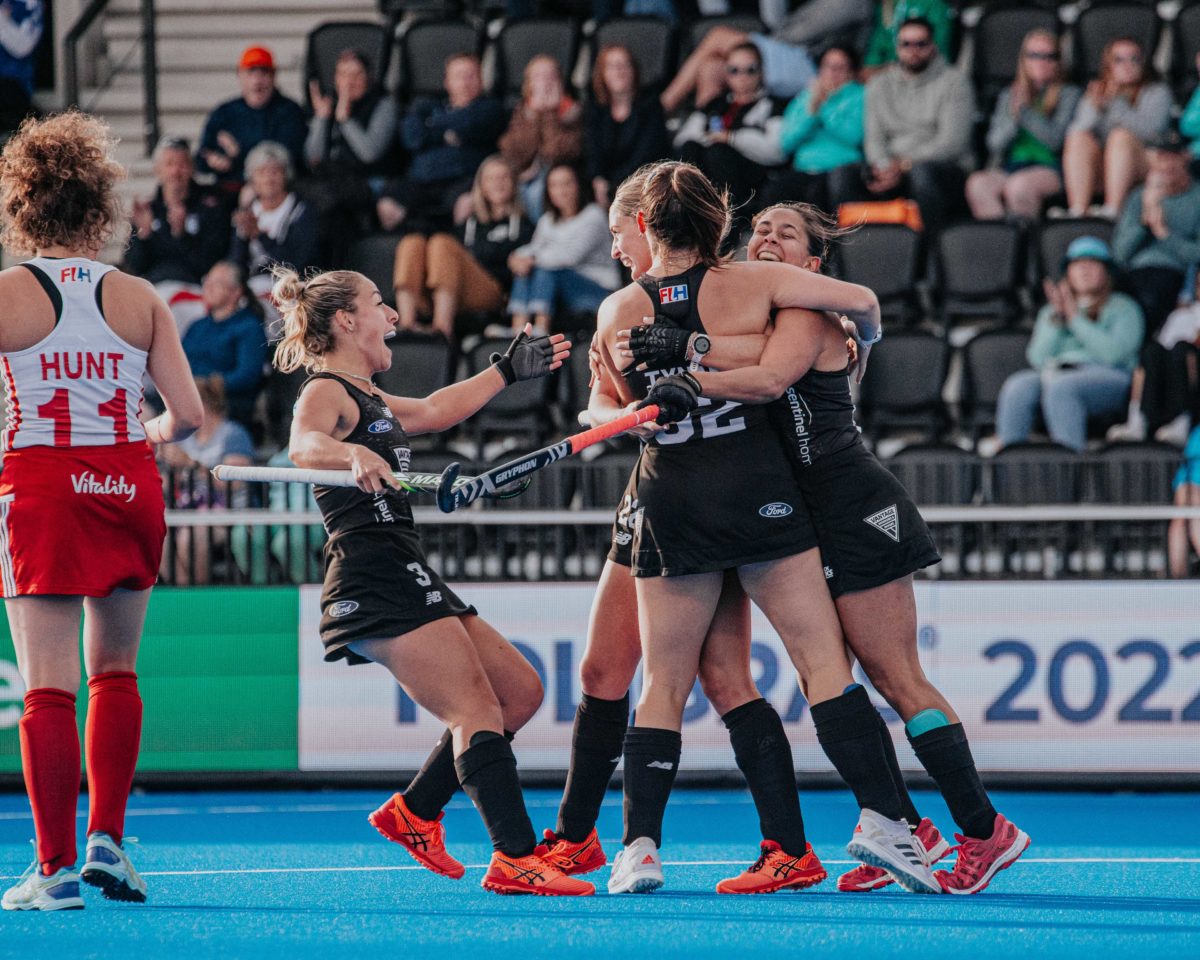 The ninth ranked Vantage Black Sticks toppled number four England in a dominant display at the Wagener Stadium on Wednesday morning (NZT) to move to the top of pool B at the FIH Women’s World Cup.

Two goals by star midfielder Katie Doar, one by veteran Tarryn Davey, staunch penalty corner defence against 16 penalty corners, and an incredible performance by reserve goalkeeper Brooke Roberts who game in for Grace O’Hanlon (back spasms/rest), helped the Kiwis overcome the Tokyo bronze medallists with a 3-1 victory.

It was a tough start to the game for the Black Sticks as England won and converted a penalty corner in the third minute. England continued to apply the pressure and won further penalty corners which were denied by defender Frances Davies with one save resulting in a fastbreak that put Olivia Merry through on goal only to be denied by an outstanding save.

England started the second quarter the stronger of the two sides continuing to apply pressure and forcing a number of penalty corners but the New Zealanders started to find their footing and pushed back against the English attack which resulted in Katie Doar finding herself in space to score her first international goal just before half time to take the teams in level.

Doar then managed some more individual brilliance and doubled her international tally sliding a backhand sweep under the England keeper to put the Black Sticks up 2-1 with 20 minutes to play.

New Zealand finally won their first penalty corner of the game with 10 minutes to spare and were able to convert after Tyler Lench pounced on a saved shot to serve it up to Tarryn Davey on a platter giving the Kiwis a comfortable two goal cushion.

England weren’t going to roll over however, and won a succession of penalty corners which, one after the other, were defended nicely by New Zealand with Davies instrumental at removing the ball from the inner circle to stem the tide of corners.

The Black Sticks soaked up the pressure and dominated the final few minutes of the game to seal an emphatic win over the group favourites and put themselves firmly in contention for a spot in the quarter finals. Their final pool match is against India on Friday 5.30am and will be broadcast live on Spark Sport.