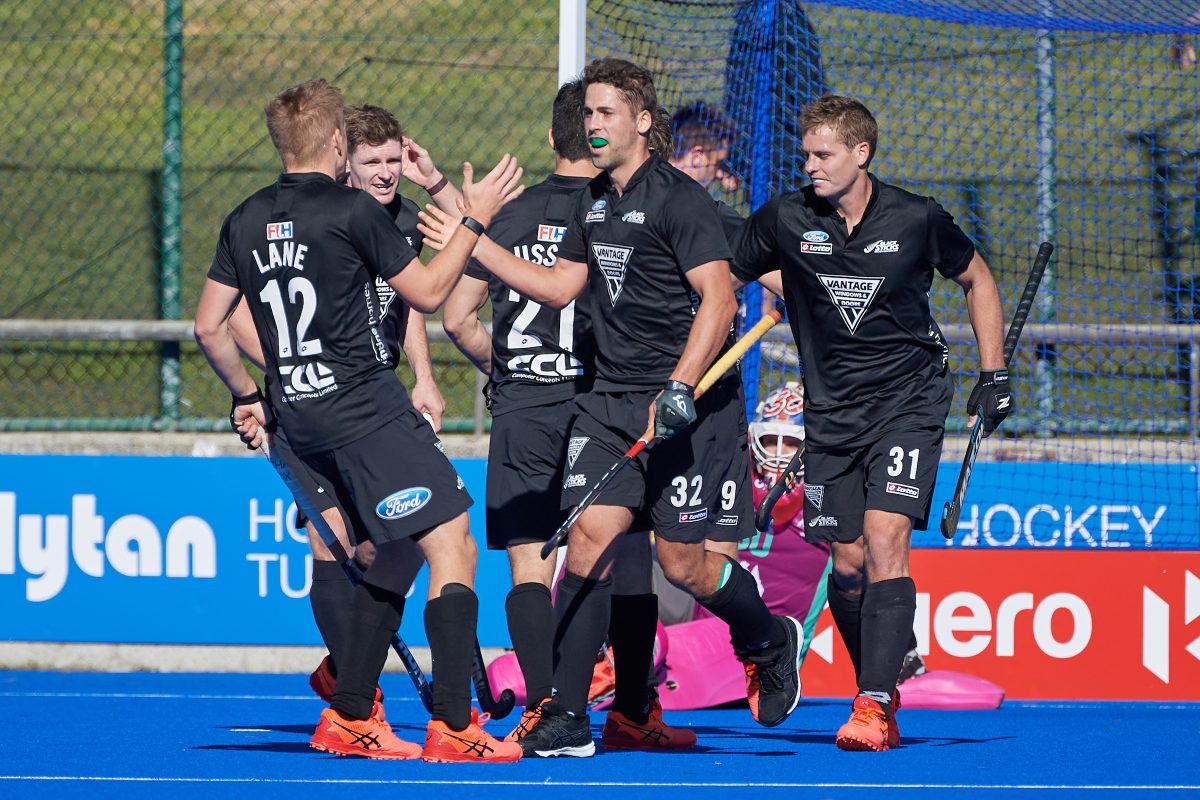 Australia retained their grip over the Vantage Black Sticks with a 2-0 victory in Perth tonight in the final leadup match for both teams before the Tokyo Olympic Games.

The game was also the last in the Pro League season, which had been ravaged by Covid-19 restrictions.

The pace of the game was slower than in Saturday’s 7-3 victory for the hosts, but the Black Sticks were unable to take their chances.

Coach Darren Smith had been keen to stress the importance of treasuring possession before the game, but his players were still guilty of frittering the ball away too often.

The field was drenched before the game began and a heavy shower added to the challenge for the players in the first half.

As in the first game of the weekend doubleheader, Vantage Black Sticks goalkeeper Leon Hayward gave a strong performance, beginning with a strong low block of the hard-hitting Blake Govers.

That the Aussies were restricted to just two goals was in large part down to Darwin-born Hayward’s bravery and skill.

Australia went ahead after 11 minutes when the ball was given away in the middle of the park. Slick inter-passing was finished by Nathan Ephraums from close range flicking the ball over Hayward’s shoulder into the net.

The Black Sticks actually enjoyed a possession advantage in the game, 51 percent to 49, and won four penalty corners to the Kookaburras two.

They also frequently prospered down the righthand flank where Nick Wilson and Hugo Inglis had their moments.

Shortly before halftime Wilson had a glorious chance to level the score when the ball reached him in front of an open goal, but it had flown quickly to him and his shot lobbed over the crossbar.

The Black Sticks did have the ball in the Australian net through Sam Lane, who also caught the eye for his industry and leading the attacking line, but it was ruled out for a shot off the back of a stick in the leadup.

Nine minutes after halftime, Australia doubled their lead when Govers was on hand at the back post to jab the ball into the New Zealand goal after a scramble.

World No. 8 New Zealand kept working hard to the finish, indeed the game ended when their fourth penalty corner attempt was kept out.

The teams will meet again in Tokyo next month, where both are in pool A, along with Argentina, India, hosts Japan and Spain.

The Vantage Black Sticks women lost their final leadup game to the Tokyo Olympics, 3-1 against Australia in Perth.

Coupled with the men’s Trans-Tasman match earlier, it enabled the Hockeyroos to have a clean sweep to round off the FIH Hockey Pro League.

Four of their last four clashes had been drawn but Australia were well worth the win tonight.

The Vantage Black Sticks began impressively, and went ahead in just the fourth minute.

Australia lost possession in the middle of the field, Manawatu attacker Olivia Shannon surged forward, slipped the ball to key striker Olivia Merry. The Cantabrian took her time, picked her spot and slammed the ball into the net.

It was Merry’s 11th goal in the Pro League, the top of the individual scoring chart.

The game was played at a frenetic pace, and Black Sticks goalkeeper Grace O’Hanlon was kept busy.

World No. 3 Australia equalised inside the first minute of the second quarter. Savannah Fitzpatrick stabbed the ball under O’Hanlon from close in.

At halftime Black Sticks coach Graham Shaw was urging more control and greater quality, but it was the Aussies who took the lead four minutes into the second half.

Penny Squibb put a low shot past O’Hanlon’s right side. New Zealand had few chances to score for the remainder of the match as Australia asserted their dominance.

Both teams would regret the number of loose traps and passes.

Fitzpatrick would have had a second goal but for the upright intervening. New Zealand did get the ball in the net a second time, through defender Ella Gunson but it was ruled out for a blocking infringement.

When the sixth-ranked Black Sticks took O’Hanlon off to add an extra attacking option in the last five minutes, it backfired as Mariah Williams broke through and eased the ball into an open goal.

It would have been a fourth Australian goal at the end, but for North Harbour’s Steph Dickins’ goal line block.

The teams will meet again at the Tokyo Olympics.